When my son's friend, AJ, told me he had never been given a quilt I decided that was a problem that needed to be remedied, and the sooner the better.  I knew I wanted to make him something with a geometric design so I searched online and found a free download for "Love Squared" by Lindsey Wright. 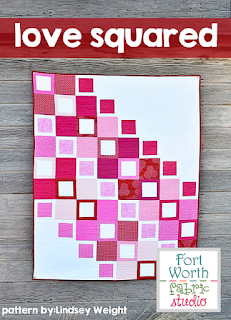 Pinks and reds were definitely out.  I thought (and so did my son, my new quilting advisor) the only option for AJ was blacks and grays. 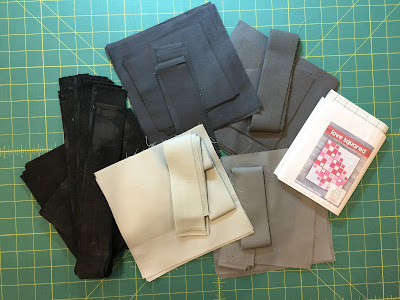 The white would become black, and the pinks would be shades of gray with the red becoming the very lightest gray.

I've changed patterns a lot to make them my own so just changing the colorway would be super easy.  Right?  OH! Brother! 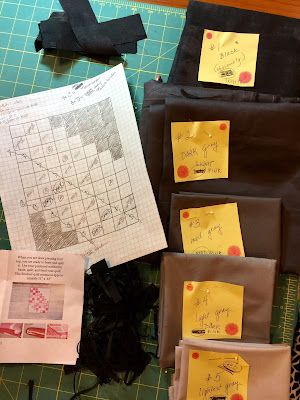 It wasn't at all difficult to make the blocks. 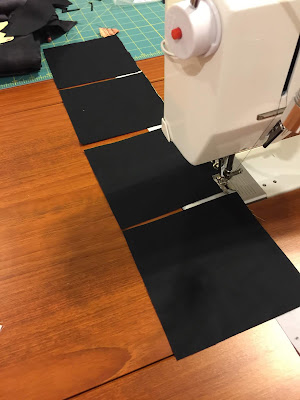 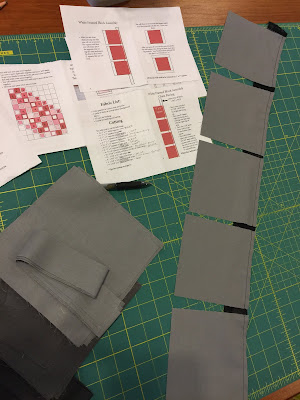 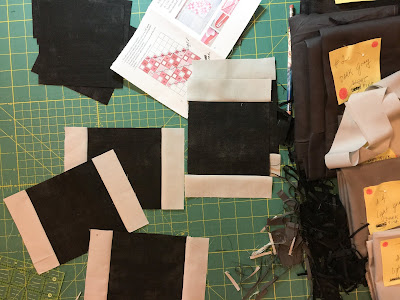 But, for some reason working with the layout nearly made me crazy.  Simply assigning each shade of grey a number corresponding with the numbered shades of pink should have simplified it enough.  I drew up a graph of the layout which should have made it even easier.  I even had a color photo with the pattern to use as a guide. 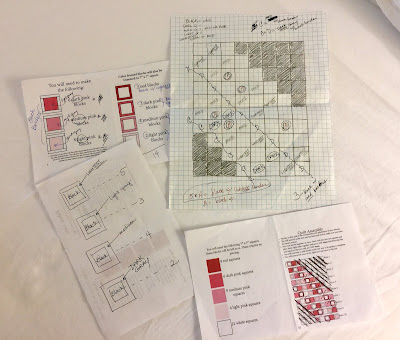 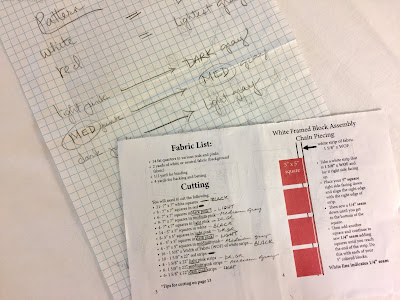 I don't think I have ever arranged and rearranged a quilt more than I did this one.   I finally said, "Enough!  I like it." 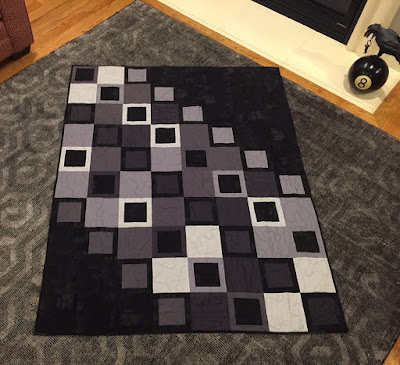 This photo taken outdoors makes it easy to see that I didn't use a solid black but onyx Grunge by Moda instead. 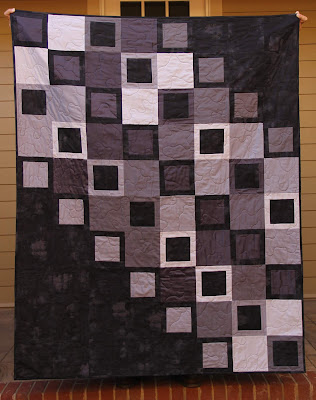 Some extra blocks for the back because it needs to be cool, too. 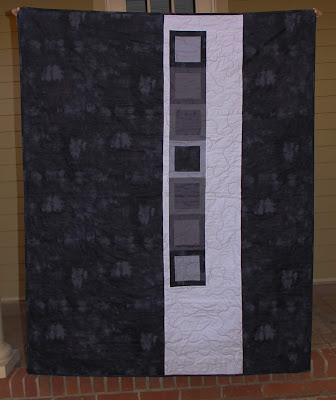 Machine quilting with a basic meander ..... 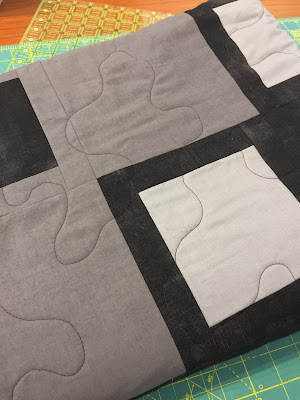 .....and instead of a label just a little stitching. 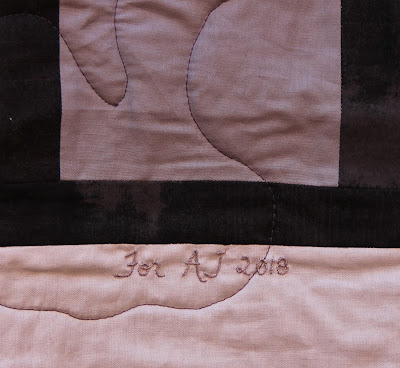 Then a trip to Seattle to deliver it in person. 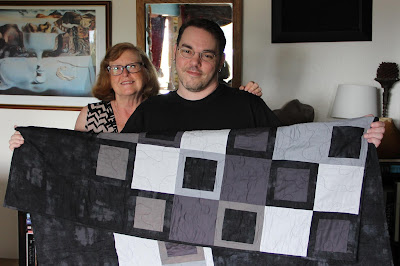 Now AJ has a quilt, and I feel better.

Linking up with Tish's Adventures in Wonderland and Confessions of a Fabric Addict.