In 2012 I met up with a group of friends for some shopping at Hancock's of Paducah.  My friend Rose Mary and I thought it would be fun to work on projects together at our upcoming retreat that summer, so we each bought a "Tropical Breeze" pattern by Fat Quarters Anonymous.  We were both drawn to the same fabric line so we bought everything we needed and started on our quilts that summer five years ago.  This is all I got done -- 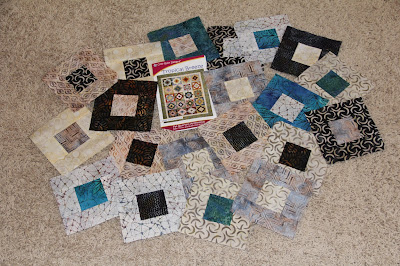 I set it aside for a long time.  (Hmmm, I seem to do that a lot, don't I?)  Finally, last year I decided it had been a UFO long enough and I needed to finish it.  I wasn't really loving the fabrics I had planned to use for it.  It really needed some more color.  (I do that a lot, too!)  Color definitely helped. 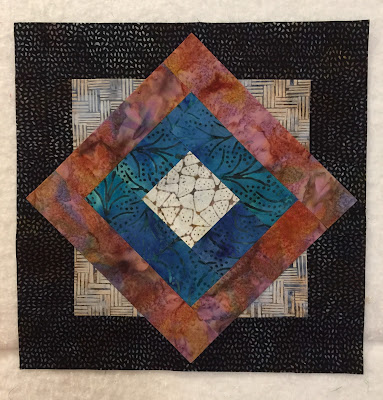 I wanted to use some of the fabrics I had originally bought for the borders, especially since I had so much of it. 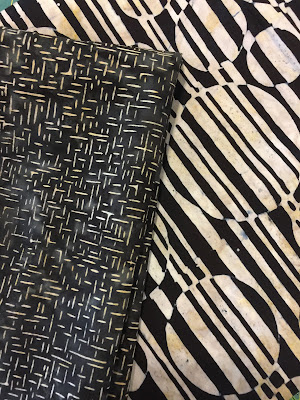 The first one looked pretty good .... 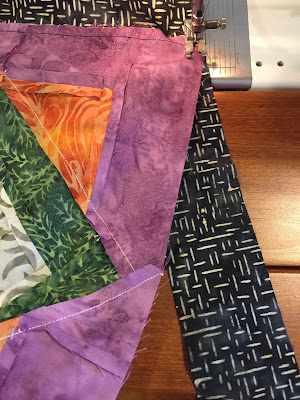 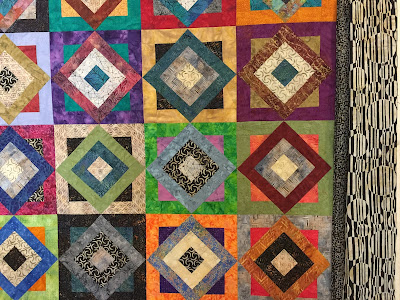 That was okay, though, because I have quite a selection of batiks  Surely, I had something that would work.  Hmmmm...... 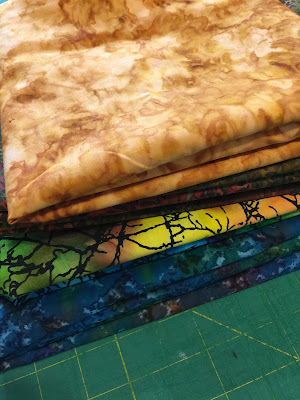 With help from Hubby I auditioned border fabrics until I finally found one that would work.  At first, I wasn't sure the binding fabric, which I matched to the backing, would work either. 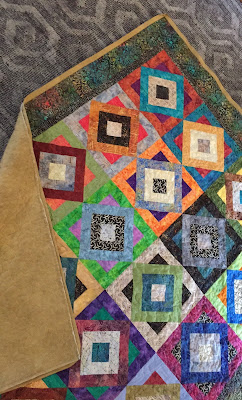 Once it was finished I decided it was perfect, and I love it! 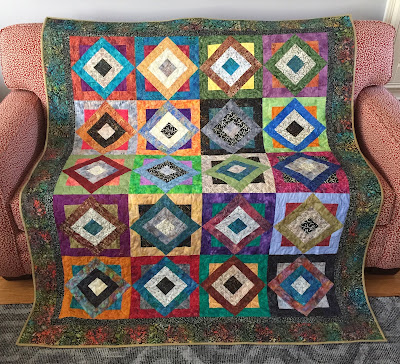 I mailed it last week to my former sister-in-law who I still consider to be family, and I always will.  That's why I named this quilt "Family Forever."  We share many precious memories.  I hope they come to mind whenever she snuggles up in her quilt.

I'm linking up with Confessions of a Fabric Addict.  Can I get a Whoop Whoop?

I'm sure my friend Pattie thought this day would never come.  I was beginning to wonder, myself.   The restoration of the Old Wedding Quilt is complete and it has been delivered.  Pattie is "over the moon" about it. 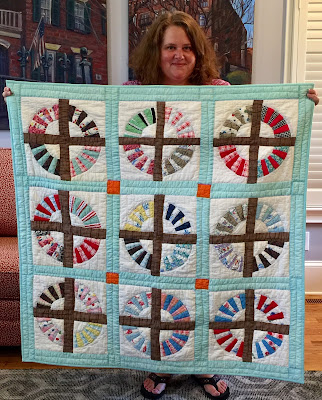 Looking back at our electronic conversations it was January of 2015 when she showed me the quilt and asked for advice.   I took it home with me to see what I could figure out.  It was seven months before I even had a chance to look at it.  In case you don't remember this is what it looked like ..... 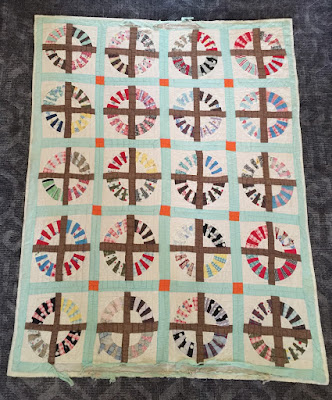 .....and my first blog post about this project describes the condition.  I think the most fun part of this entire thing was taking it apart.  I had never done that with an old quilt, and it was so cool.  (Yes, my favorite part of home remodeling projects is the demolition!)  Between finishing the top and starting to quilt it, I had to set it aside again for a while, but I got back to it, anxious to see it finished.

There wasn't enough original fabric in good shape to use for the binding, so I ordered several shades from the Fat Quarter Shop hoping one of them would be at least close enough to the right color so I could use it.   Wonder of wonders!  One of them was a perfect match. 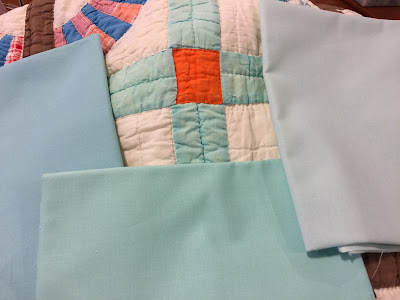 It could not have been a better match! 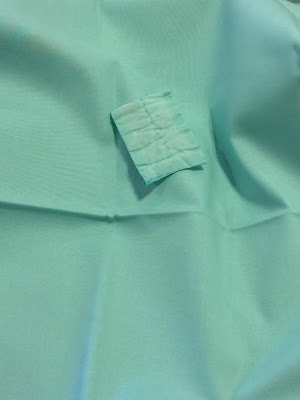 I used clip art and hand-embroidery to make the label.  Isn't it fun?  That's supposed to be the happy couple in 1963 and Pattie in 1967. 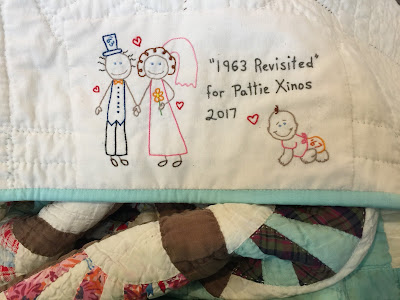 Actually these pictures are a little better. 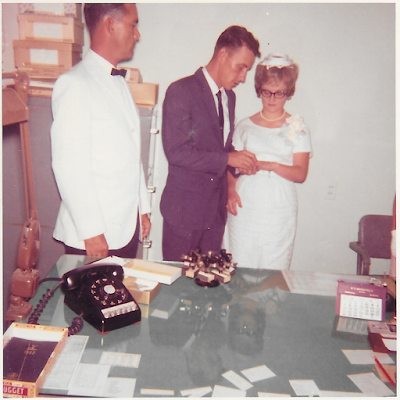 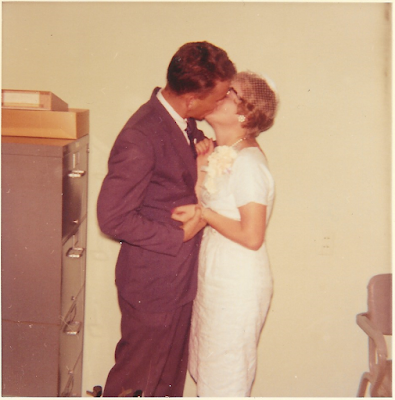 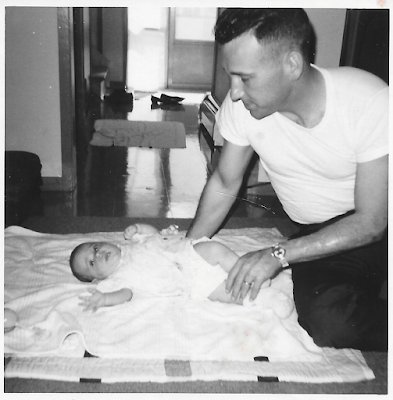 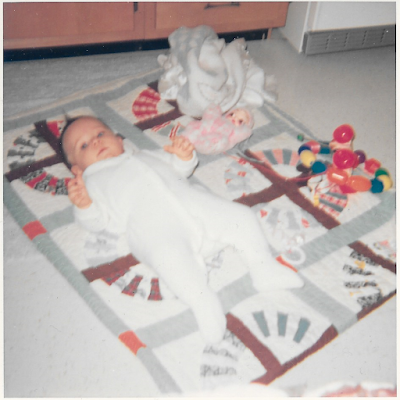 And now, for the rest of the story.

Pattie's mother, Irene Mayfair, was set up on a blind date with a young sailor named Harlon Doyle by her best friend and his best friend.  After their first date Irene told her best friend that she was going to marry that man!  And she did.  On July 3, 1963 in a courthouse in Florida.  They traveled to Harlon's hometown for their first Thanksgiving as a married couple and were presented with the quilt by Irene's new mother-in-law, Effie Doyle.

Pattie came along in 1967 and as she was growing up she took over the quilt as her own.   In her words,  " I sort of took it over growing up.  It was my favorite and one of the blankets I wanted to wrap up in if I was sick.  It went to the beach as a beach blanket, and was used for picnics over the years ... until it started coming apart, and I just put it up so it wouldn't deteriorate completely." 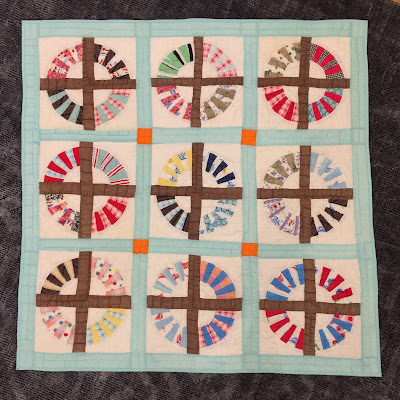 I am so privileged to have been a part of this quilt's restoration.  I hope as it hangs in Pattie's home it brings as much comfort to her as it did when she was growing up.  I know it will bring back many precious memories every time she looks at it.