Old Wedding Quilt - It's Coming Along

Taking apart the old wedding quilt ended up being a lot of fun.  I've never ripped out that much on a single project before.  It was kind of relaxing, actually, just sitting and ripping and not having to think much, almost therapeutic.   Watching the stack of unusable pieces grow was NOT therapeutic, however.   I was beginning to wonder if anything would be left. 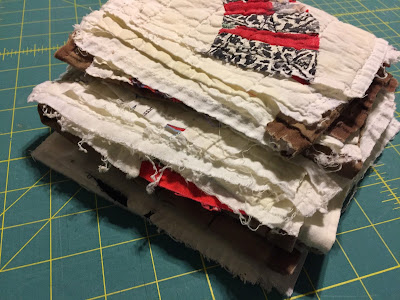 (Just look at how badly worn some of these blocks are.) 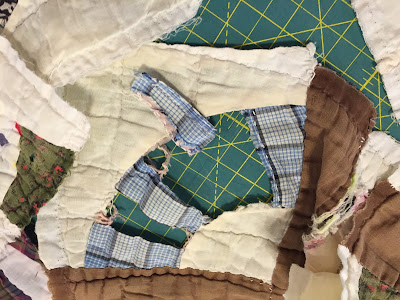 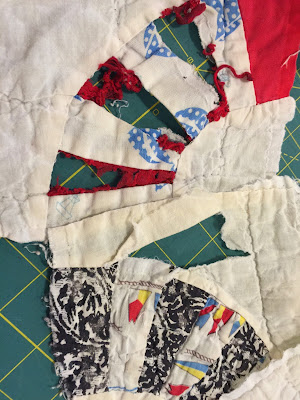 Once it was deconstructed, though, I ended up with plenty to use.  These are just some of the blocks that needed a new piece inserted.  There were also quite a few blocks that remained intact. 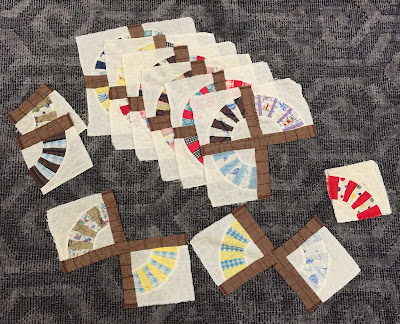 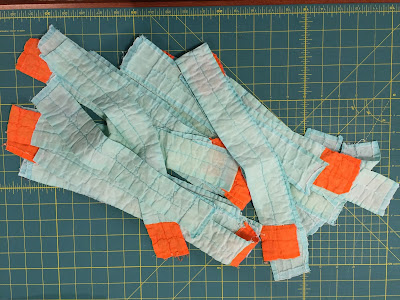 The original wedding quilt had been pieced by hand.  I can't figure out what kind of thread the maker used.  It's heavier than sewing or quilting thread, but not as heavy as perle cotton or crochet thread. 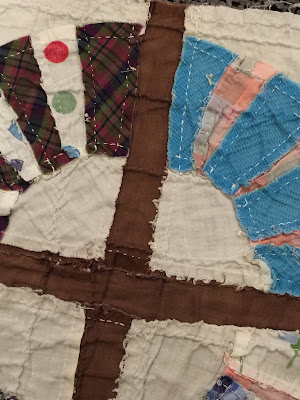 I don't want the updated quilt to look too different from the original so I decided to use hand-quilting thread to sew it back together. 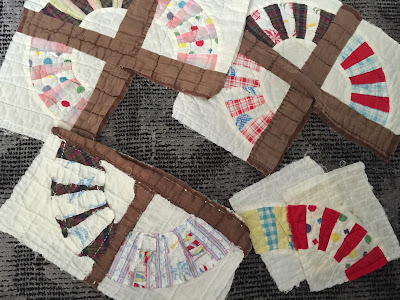 Finally, with all the blocks finished, I started adding the sashing pieces. 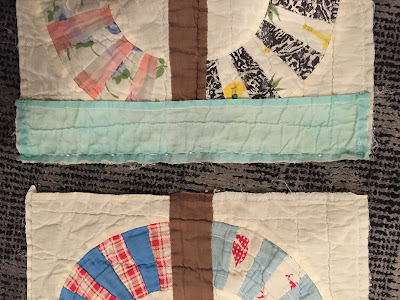 All the rows are ready now, and I'm starting to add the vertical sashing. 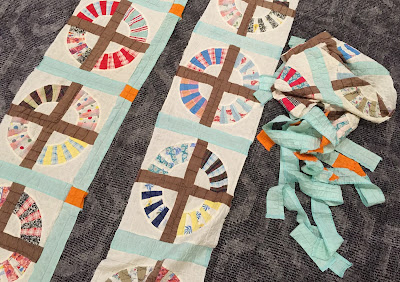 Before you know it I'll have a completed top.  Then, it will be time to move on to the next set of decisions that has to be made - what kind of batting to use, what fabric to back it with, how to re-quilt it.   Such fun!

So far, this is going much better than I had hoped.  Of course, I still have a long way to go.  Thinking that I would just remove enough of the blocks to make it nine blocks square, rebind it, and put on a hanging sleeve, I got started.  The first thing I did was take off the outer border. 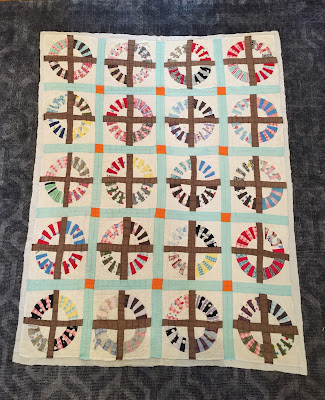 Then I started taking off the outside row of blocks which allowed me to get a closer look at the batting. 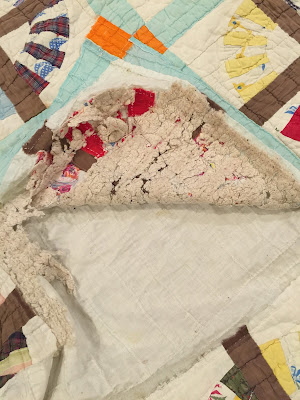 Yikes!   That is some dried up , crumbly, old batting!   I started picking out the quilting so I could remove the batting and made an even more interesting discovery. 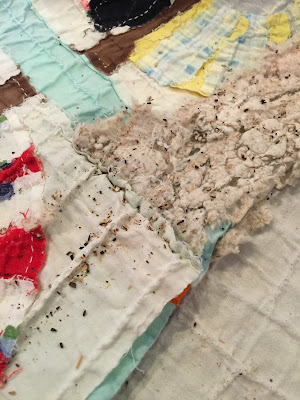 I have no idea what that is, but seriously, that batting really had to go!  (It makes me wonder about all those quilts I have that my grandparents made.)  I turned on the TV, tuned in to some cheesy Hallmark movies that don't take a lot of concentration, and got busy with my seam ripper. 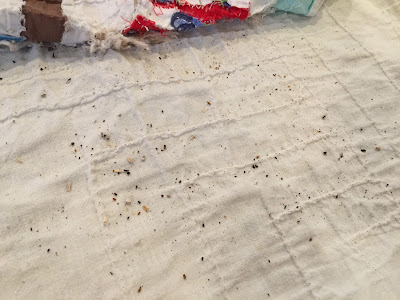 So far, I have about 20 hours invested, an old backing, and a pile of blocks and sashing, all of which are pretty fragile. 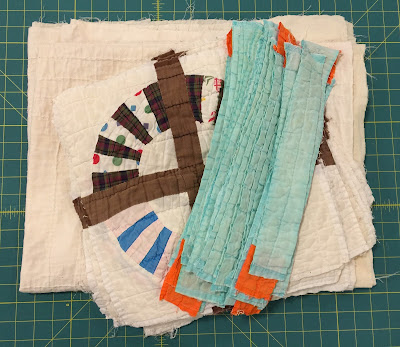 I don't think I have nine blocks with no damage so I'll have to take apart some of the worst blocks and combine the pieces to come up with enough blocks to make it nine by nine. 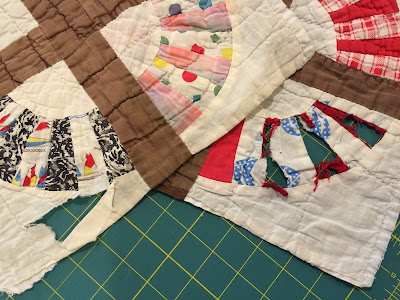 The next decision will be how to stabilize the blocks before I put it all back together.  I don't want to lose the character of the blocks by pressing out the wrinkles that came from all those years of using and washing. 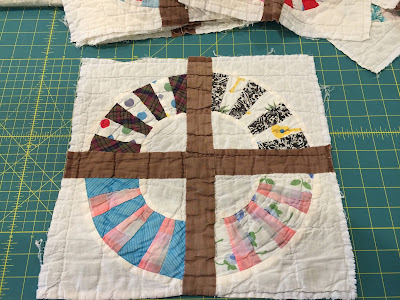 I have a few ideas, but I need to give it some serious thought.  I'll probably do a little research and ask advice from my quilty friends.

I have to say that I am really having fun working on this.  I knew it would be a challenge when I offered to do it, but I can already anticipate one huge benefit - a great feeling of accomplishment when it's finished.